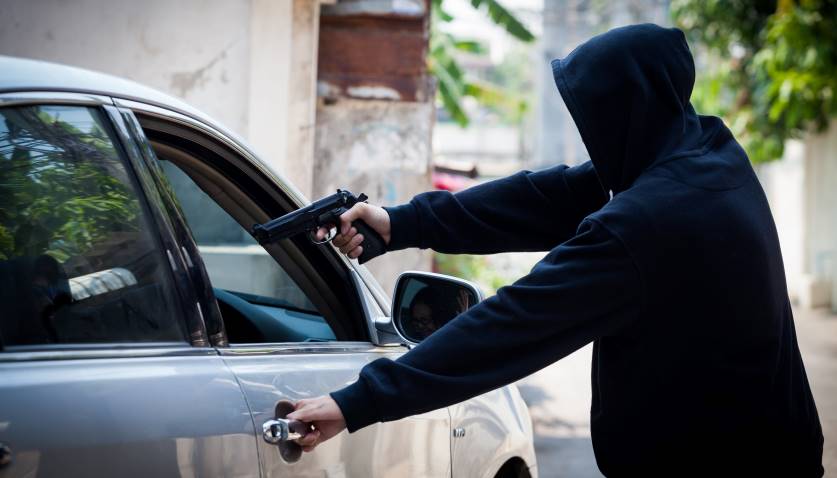 Carjacking is one of the most harrowing experiences a person can go through. But day-by-day, the reality is that too many South African victims are being forced out of their vehicles at gunpoint, or worse, they’re taken along for the ride.

As such, we simply cannot be ignorant of the fact that the problem of hijacking constitutes more than a modest part of the country’s crime statistics.

Of course, this type of theft is more prevalent in some areas than others. For example, if we take a look at the following statistic, it’s clearly apparent that the hijacking of cars and motorcycles is a crime with a strong urban bias:

According to a report by vehicle recovery company Tracker –

“Gauteng experiences the most vehicle crime, with carjacking being most prevalent in Johannesburg. Gauteng is followed by KZN, with Durban reporting the most incidents. Next, there’s the Western Cape, with hijackings mainly occurring in Mitchells Plain.

Further hijacking hotspots include eMalahleni in Mpumalanga, Ibhayi in the Eastern Cape, Rustenburg in the North West, Burgersfort in Limpopo, Bloemfontein in the Free State and Dikhing in the Northern Cape.”

This report supports the ideology that cities are places not only of opportunity but also of inequality, which in turn, leads to high volumes of violence and crime. Urban areas are where the majority (63%) of South Africans live, so it makes sense that’s this is where the most criminal acts are concentrated.

In total, there are 27 carjacking hot spots in South Africa for 2020, namely:

Not only are these urban areas vulnerable to hijackings, but the past year has seen a significant rise in this particular criminal offence.

However, cities in South Africa are not the only areas that experience high volumes of motor vehicle hijackings. Rural locations and townships are also susceptible to this crime.

More than 16,000 of the carjackings that were reported from April 2018 to March 2019 occurred in townships.

Tembisa in Kempton Park, Katlehong in Germiston, Kwa-Mashu in Durban, Khayelitsha in Cape Town, and Mamelodi in Pretoria are just a few examples of townships and informal settlements that play host to hundreds of vehicle hijackings a month.

While the South African Police Service is working hard to combat this crime, with poverty on the rise and an increasing battle with overpopulation, it’s becoming a disheartening feat.

To protect yourself from falling victim to a hijacking, we encourage you to practice the following vehicle safety tips:

What should you do if you fall victim to carjacking?

If you find yourself in a hijacking situation, Wheels 24 suggests that you apply the following emergency steps:

While cities may be where most hijackings take place, this does not mean that suburbs and rural areas are not a threat. Pay caution to your movements no matter where you are and always practice safety.