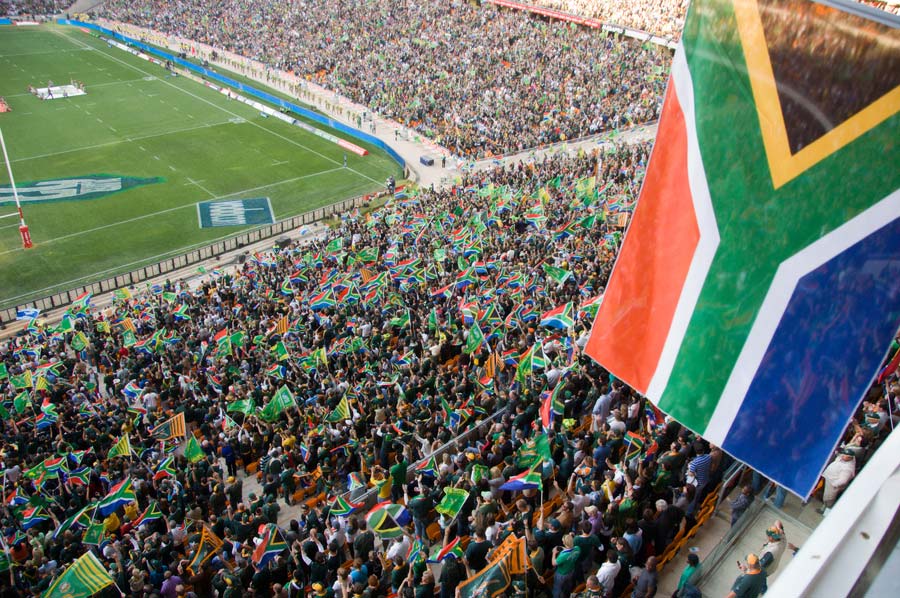 Siya Kolisi, renowned captain of the South African national rugby team, has become a hero of sorts, with fans both young and old flocking to support him on and off the field. Now, gamers get the opportunity to experience what it’s like to walk in his “boots”.

Mr Kolisi is currently celebrating the launch of his own mobile game. This follows the introduction of a limited-edition Red Bull Energy Drink can which boasts an image of the rugby captain in question. Kolisi was surprised with the launch of this can earlier in the year when he was invited to an interview, which turned out to be a presentation of the new branding.

Loaded with Red Bull energy, fans can now test their wireless and broadband connections to the max as they see if they have what it takes to join the hero on the field.

The app challenges South African gamers to take to the rugby field where collecting points is the name of the game. Players need to take on the hero’s task of side-stepping tackle shields, handing-off opponents, and avoiding agility hurdles to maximise their efforts.

Gaining distance on the field and dodging obstacles along the way will see players picking up new teammates as they progress, which helps to rack up those points faster and get them notable mentions on the leader board.

To make things more exciting, fans who collect the most points before the end of April, will have the once-in-a-lifetime opportunity to meet Siya Kolisi in person on the training field!

As a captain of one of the country’s favourite teams, Kolisi’s strengths have been recognised by South Africa. His talent for staying mentally focused and transparent has determined his success.

“Being mentally focused is just as important as being physically fit. So, as a leader who has a team of players looking to me for motivation, I have to win the game in my mind before I even get on the field, so I’m ready to tackle the pressure,” said Kolisi.

Favoured as one of SA’s biggest sports heroes, local gamers have no doubt that the mobile game will take off. This as more and more homes are being connected to the long-awaited fibre broadband, making mobile gaming more popular than before.

Previous Post Disposing of property on the rise as homeowners downscale, upscale, and relocate Next Post Vehicle ownership costs to rise in 2021 despite record-low interest rates