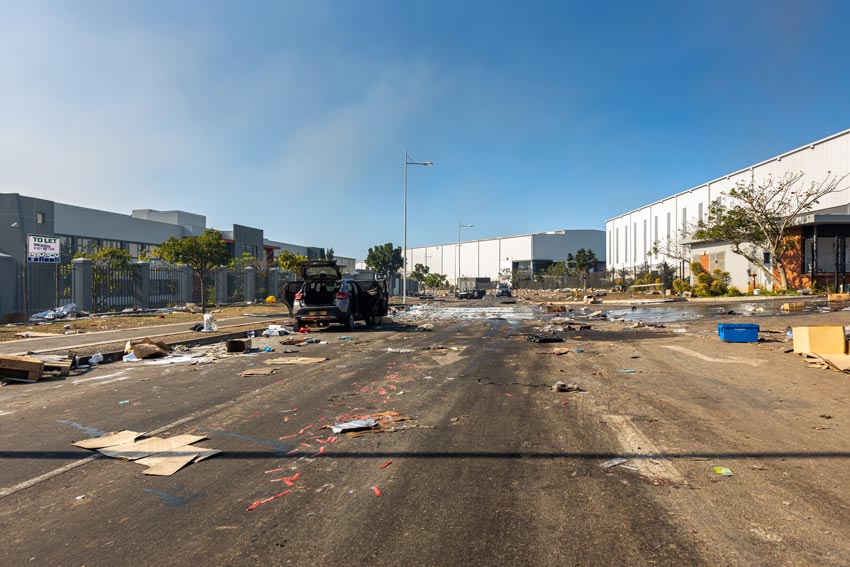 Digital communication proved its power this week when ring leaders used platforms such as WhatsApp and Telegram to encourage widespread looting, arson, and public violence.

Everyday life was disrupted in South Africa this July 2021 when rioters, said to be Zuma supporters, turned to attack trucks, highways, and businesses. The uproar was ignited when former president Zuma was imprisoned for being in contempt of court for facing charges of large-scale corruption.

The result is catastrophic. Thousands of businesses and warehouses across Kwa-Zulu Natal and Gauteng have been looted and burnt to the ground, with hundreds of civilians, including children, losing their lives amidst the chaos.

According to senior ANC and intelligence sources, who first addressed The Daily Maverick with the request of remaining anonymous, there are 12 ringleaders who played key roles in orchestrating violent protest action. Sources also confided that social media was used to plan attacks and set them in motion.

WhatsApp conversations, which are now being analysed by security intelligence officials, have since been leaked. Screenshots of the messages, which were posted on a WhatsApp group titled “eThekweni Shutdown”, have been doing rounds on Facebook.

These messages clearly endorse the torching of trucks and blocking major roads and highways around Durban, Pietermaritzburg, and other towns along the N3 route.

According to The Daily Maverick, the attacks were made by active renegade MK groups who have been campaigning against the hiring of foreign truck drivers for years. Alongside the truck attacks, orchestrators veered their attention to organisations controlled by what they call white monopoly capital.

Should these instigators be traced and found guilty, the new Cybercrimes Act, which recently came into effect in the country, could mean that they will face up to three years of imprisonment.

On a lighter note, broadband connections have also been used to bring South African communities together during this difficult time. Social media is abuzz with posts of teams gathering to clean up streets and WhatsApp groups have been created to help neighbours source and barter food in a collapsed infrastructure. Security groups were formed as many civilians were forced to implement their own protective measures.